by Ben Bennett and Michael Foster 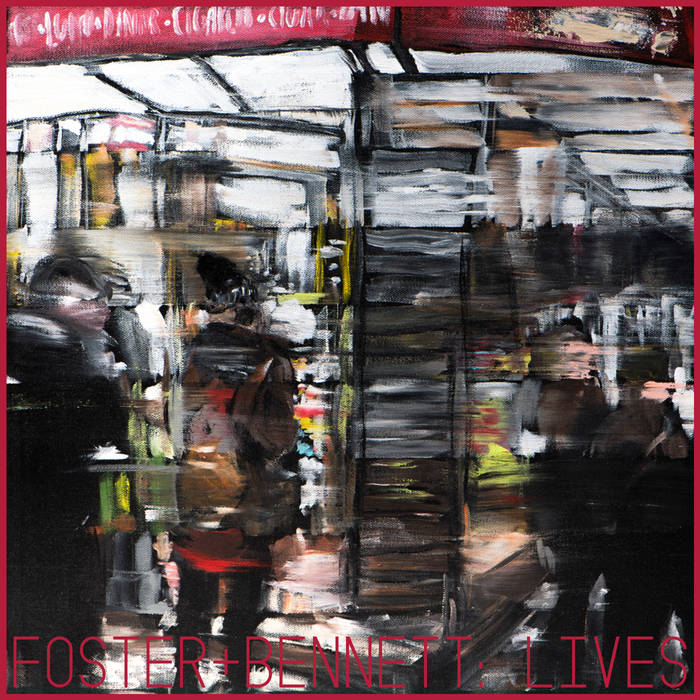 Pulsating with a taut energy, Lives is both an artifact of the duo’s improvised performance practice and a self-contained work with its own unique momentum. An archive with a kind of breath. Their first-ever live release, these particular recordings were selected for their ability to transmit the intimacy and rawness of the duo’s live performances and connect with the listener of recorded sound.

The two sides of Lives bookend a recent period in the duo’s evolution. The Chicago recording (Side A) is taken from the beginning of tour, and captures the freshness of interaction that occurs between the two when reigniting the project after a short interim. Recorded at Experimental Sound Studio in front of a live audience, attention was paid both to engaging with those physically present, and to creating an impactful recording. The Houston recording (Side B), taken from the end of tour, is a full combustion of the musical chemistry developed between Bennett and Foster, an explosion of thought and energy. The performance was focused entirely on activating its own space and time, and a stereo recorder fortuitously captured the event well enough to give the listener a window into Bennett and Foster’s music at a particularly uninhibited moment.

Bandcamp Daily  your guide to the world of Bandcamp